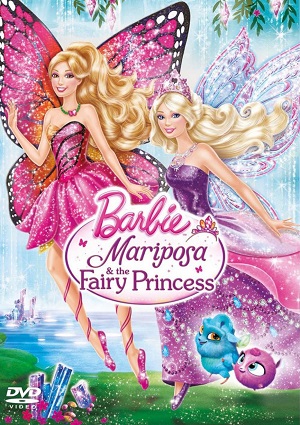 Barbie Mariposa and the Fairy Princess (2013)

Mariposa is a much admired and beloved fairy around Flutterfield because between her and her friends managed to save the queen of all the fairies and they avoided that the fairies were eaten by fearsome monsters lurking at night. Therefore, the kings has entrusted to Mariposa a new mission: to attend Shimmerbell and seek reconciliation with the glass fairies, with those who the butterfly fairies have been long fought. The butterfly fairies no longer want to feel more fear.

Even Mariposa befriends Princess Katania, a good and lovely glass fairy. Both fairies have a lot in common. Both must face Gwillon a sorcerer who seeks to destroy the kingdom. An act that will teach them great lessons to both the butterfly fairies and the glass fairy. Will Mary unite the two kingdoms? Will be able Mariposa save them from all of Gwillon’s power?