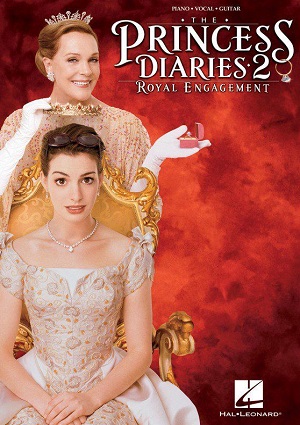 After the undoubted success of “The Princess Diaries”, the second part of the story is not to be missed, this time, the fun begins when Princess Mia must comply with several new and uncompromising Queen Clarisse decisions. Apparently, the queen has not changed much in her strict way of being. For her part, Mia has transformed her appearance from a rebel American teenager, to become a refined young woman, worthy of the throne to which she is destined. Mia has matured into an impressive young woman and is ready to take on her role as Princess of Genoa.

However, as soon as she moves to the Royal Palace with her beautiful and wise grandmother, Queen Clarisse, she discovers that Mia’s days as a princess are numbered: Mia must immediately exchange the tiara for the crown. As if preparing to reign was not complicated enough, Mia has to face the biggest challenge of her life: the law of Genovia, which states that princesses must marry before being crowned, so Mia will have to face a parade of suitors they want to rule alongside her. The situation will be complex because while looking for a boyfriend, the girl will go through various comic situations and will be full of adventures.

In The Princess Diaries 2: Royal Engagement you will see the new adventures of Mia Thermopolis, the brilliant San Francisco teenager who for a long time refused to be part of the royalty, now completely elegant and with all the self-confidence under the tutelage from her grandmother, Queen Clarisse. Over the years, Mia, now a self-confident young woman, graduated from college and matured and accepted her Genoese legacy. She is about to embark on the greatest journey of her life, being the queen of the royal palace and falling in love with the future king.