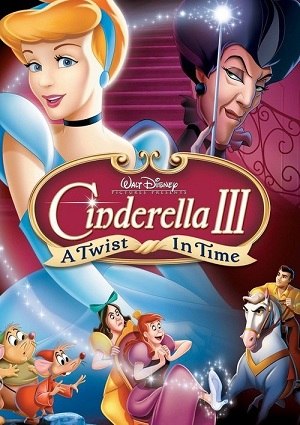 We continue with the adventures of Cinderella in this third film about the princess. On the anniversary of the wedding of Cinderella and Prince Charming, the Fairy Godmother and mice Gus-Gus and Jack surprise them with a picnic in the forest. However, in the old mansion, Anastasia and Drizella have an obligation to do all the housework, because Cinderella has gone to live in the palace.

Anastasia moves away from the house to not have to keep working and meets the picnic party. In an oversight Fairy Godmother loses her magic wand and Anastasia find it. Big mistake! She returns immediately to the mansion and tells his mother and sister who has the magic wand she claims that Cinderella use magic to be with the Prince.