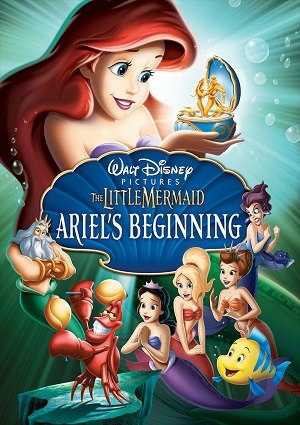 The Little Mermaid is a story that has captivated us since its inception; we have grown up with Ariel and have known her life in the seabed. We have fallen in love with her, have laughed with her and we have cried in times of distress. But what are the beginnings of Ariel? “The Little Mermaid: Ariel’s beginnings” is a prequel to the original 1989 Disney Classic, produced in 2008. That means that here will know the beginning of everything.

The story begins with the narration of Sebastian, about how it was the life of King Triton and his 7 daughters with his wife, Queen Athena, where he explains how she dies; because of this tragedy the king is depressed and prohibits music throughout the kingdom of Atlantica.

Now, 10 years later, with characters of yesteryear (Flounder and Sebastian) and new characters, the Little Mermaid Ariel is destined to regain the happiness of his father. Ariel must also recover the happiness of their sisters and bring music to the kingdom because everyone has already forgotten what it means joy. Ariel will have to try, even though she has a governess who put obstacles in her way. Join Ariel in the beginning of this story!!