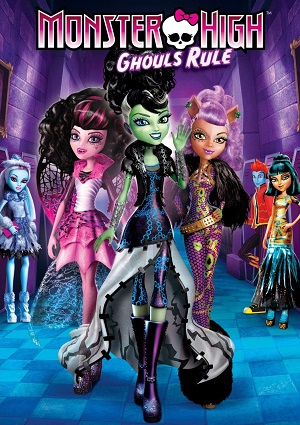 The plot of this story has been one of the best in the saga of these movies, the girls don’t know but since ancient times students had been warned that on Halloween nights they should remain locked in their homes, a product of the ancient conflicts that arose between the Normis and the monsters, a complex situation for the time. Thanks to this story, a terrifying situation was generated for years, making them see that they had to be careful with the Normis because they would attack at any moment and they would show up right on Halloween.

To make them believe this story, they showed to the students them short films. It was known of this this story that had been told for so long, in this situation Frankie becomes fearful but, along with her friends, discovers that monsters and the Normis liked to have fun together on Halloween night, however, the Normis played pranks on the monsters to drive them away. Frankie and her friends were determined to get Halloween back any way and that everything improves. This conflict leads to Holt leaving Jackson in the middle of the conjuncture between both sides.

The situation turns into strong confusion between the local authorities and the school, the monsters receive sanctions, they were punished, but with ingenuity they managed to discover that Cleo was being manipulated by her family to obtain a kind of negative leadership, the same goes for Lilit, who reveals herself, but both are in evidence, they apologize, but it is too late and Holt is about to receive a punishment. It is from this moment that Frankie Stein and her friends decide to end this deception and turn back unfounded fears for so long, dispelling the deception, celebrating individually and regaining control of Halloween. Finally they achieve their mission, now together they celebrate and have fun as they really loved.