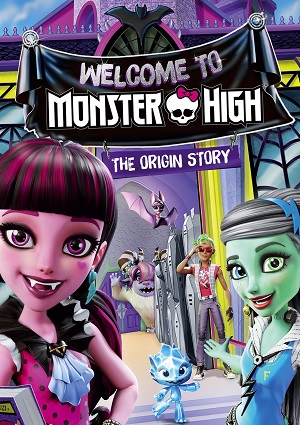 For a long time ago, the monsters of the Monster High school had had the idea that they should fear humans, since they could attack them, harm them and even eliminate them from the path; That is why they lived hidden from the Normis since, if they came to know of their existence, the worst could happen to them, but Draculaura and her friends dreamed of a school where they could live with them in perfect harmony. The little monsters dreamed of a world in which the Normis and the monsters could coexist, this is where this new adventure begins.

The Monster Highs, determined to make this dream come true, decide to travel the world to recruit new students, only this time, the students are human, as they were called at the Monster High school, the Normis, but something is never missing. Or someone who appears to tarnish things and that they do not flow in the best way, someone who wants to ruin the purposes of the girls. It is an evil Zombie who is the villain of history and rival of Draculaura, who refuses to provide support to her companions, causing havoc and becoming the Achilles’ heel, since instead of generating or creating an environment of peace , love and friendship, what she did was cause problems.

Monster High students face threats from the evil zombie named Moanica D` Kay, fearing their secret will be revealed. Faced with this attack, the girls must work very hard to save the school, prevent its secret from being revealed and, above all, protect the school that has been their home, the place that belongs to them and, above all, where they can continue to live. together. , recognizing and accepting themselves with their differences, working together all the time together and celebrating those directions that previously separated them.