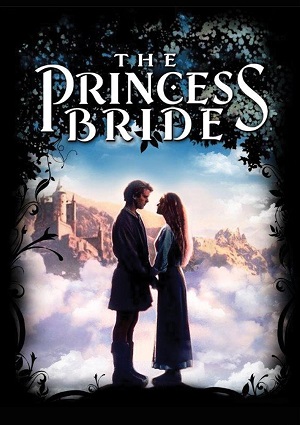 An old man visits his sick grandson with the intention of reading a novel that he carries as was his custom with his children when they got sick. The boy is upset because he does not find the idea of ​​listening to a “boring” book less attractive from his grandfather, with whom he does not want to spend his time; even so the old man turns a deaf ear to the protests and promised that the story will please him begins the narration of a book entitled The Princess Bride: The beautiful Buttercup lives on a farm in the country called Florin. She likes to tease Westley about his stable boy by asking him to do jobs for her; he only answers “As you wish” to everything she asks for; however, over time Buttercup realizes that these words really mean “I love you” and correspond to her love.

Westley leaves to make his fortune in order to marry her, promising to return, but is attacked by the fearsome pirate Roberts, a bloodthirsty pirate who is famous for his immortality, being a master with the sword, his superhuman cunning, and for not taking prisoners. Believing that Westley is dead, Buttercup, after a few years, agrees to marry Prince Humperdinck, heir to the Florin throne. Before the wedding day, Buttercup is kidnapped by an outlandish trio of outlaws.

The diminutive Sicilian genius Vizzini, the expert Spanish swordsman Íñigo Montoya and the huge and strong Turkish fighter Fezzik, who were hired by an unknown man to start a war between Florin and the neighboring kingdom, pretending that they kidnapped the young woman and murdered her. While fleeing, they are followed by a masked man dressed in black, who chases the sea to the Cliffs of Madness, where Íñigo Montoya stops to face him in a fencing match; can you save the princess? Could the promised love be fulfilled? We hope you enjoy this adventure as much as we do.