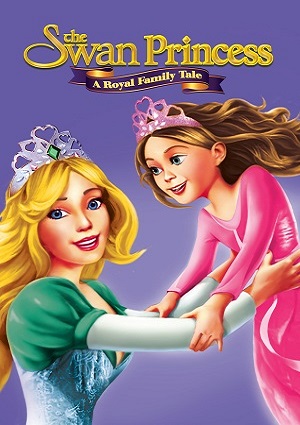 The royal story continues, Queen Uberta wishes Odette and Derek have a child, however there are some unknown dangers they are about to face: A group of flying squirrels, called scullions, retain an ancient legend dedicated to finding and destroying Swan Princess, because according to the scrolls, this princess would mark the beginning of an era of goodness, and also in her presence evil will not survive. Determined not to let this happen, the scullions dedicate their lives to tracking down the princess (Cutter and Jojo in particular) this ancient prophecy haunts Odette since she was a child, but it had been avoided long ago, even the sorcerer Rothbart was an instrument used to defeat her, but failed in every attempt.

The Forbidden Arts has joined forces with Mangler, the leader of the scullion, who is still unable to overcome Rothbart’s failure. So they are willing not to fail this time. In the meantime. Odette and Derek take Alise, an orphan girl they met, to the castle, and Odette empathizes with her because both of them lost their parents in a tragic way. Odette and Derek decide to adopt her. It is at that moment when the attack of the scullions to the castle of Uberta begins, and they decide to kidnap Alise to bend Odette and Derek.

Things get complicated to the point that Odette asks her loved ones to be safe and the prophecy is about to be fulfilled, but something unexpected will happen that will change the whole story forever. However, Alise’s prison still exists and things get very complicated. There will be an explosion where we will not know who will be alive. How will the story end? In the end will we have a royal family with all the members happy forever? That is something you will have to discover in this movie that you will love!