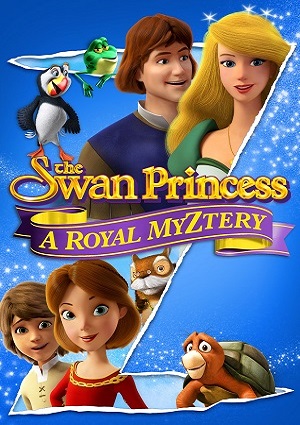 Queen Uberta has written a book where she tells how she saved Count Antonio’s kingdom and recovered from a false marriage proposal, however one morning she sees that there is a strange “Z” on the cover of her book, but it does not give her much importance and continues its activities However, that letter “Z” appears again now in a plan of the operation of the submarine that was Antonio. Speed ​​and Jean-Bob believe the rats are making the marks. Prince Derek and Princess Odette learn that they have both been tagged as well, and they go to the Borromean kingdom to make sure Alise and her friend are okay. Puffin sees another “Z” in the tulip garden, and then everything starts to get complicated.

A man in black is pointed suspicious and Prince Derek is warned that Count Anthony survived and returned to take revenge, perhaps the letters Z are a signature of him. Derek doesn’t think it’s possible that Antonio survived, but then what is happening at the Royal house? Odette decides to follow the Man in Black with the help of the rats but they lead her into a trap, it was intended for Derek. Meanwhile Derek learns that Antonio’s last name was Zambrano, and that yes, he has returned and is the Man in Black.

It is time to stop this evil man again or at least everyone thinks this is so … Following the clues they realize that the Queen Uberta book helped him to know who was responsible for his imprisonment. It is time to get rid of all the problems that there are because, to everyone’s disgrace, Derek is caught in a trap that seems to have no way out. The story has an unexpected ending that far from truncating the queen’s dreams of writing, makes them even stronger.