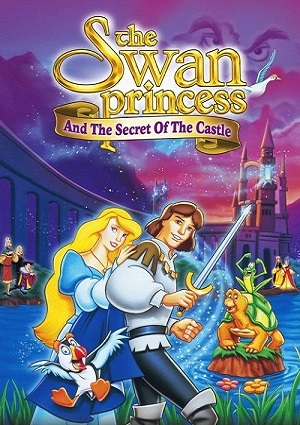 A year has passed since the events of The Enchanted Princess. Derek and Odette’s anniversary is interrupted by the evil wizard Clavius’s pawn, who was the partner of Rothbart, villain of the previous film; together they conquered the forbidden arts, but Rothbart banished Clavius ​​underground after betraying him. Clavius ​​now wants to reclaim the magical orb of the Forbidden Arts found somewhere in Swan Lake Castle, which has become Derek and Odette’s new home. On Uberta’s birthday, she is kidnapped by Clavius, who wants to use her as a hostage. When Derek sets out to rescue his mother, Clavius ​​sneaks into the Swan Lake castle, where he locks himself up in one of Odette’s towers and then goes after the orb. Bridget, who was Rothbart’s accomplice, but has joined the good side, Clavius ​​acknowledges.

She takes Odette’s animal friends and leads them to the catacombs under the castle where the orb is located. Elsewhere, Odette arrives where Derek is in time to save him from a quicksand pit. Back at the castle, they see Clavius escape in her hot air balloon, puffin and Jean-Bob secretly cling in hopes of being able to retrieve the orb. Derek and Odette follow Clavius’s balloon. The minions try to stop them, and after a fight, they fall into the pool of lava under the volcano.

Everyone is in Swan Lake, waiting for the moon to rise over Odette, who is waiting on the surface with Jean-Bob on her wing. When the moonlight touches Odette, she transforms back to her human form and Jean-Bob is revived. The group celebrates their victory and Uberta’s fifty years. The next day, a royal guest arrives at the castle, but Derek asks Rogers to take care of him, to spend the day with Odette. The two kiss, enjoying time together as in the past.