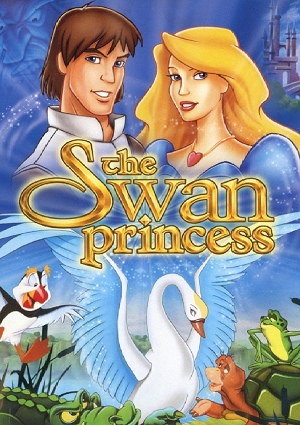 Princess Odette is a beautiful young woman who has been engaged to Prince Derek from birth. During their childhood and adolescence, both do not finish getting along, but once maturity arrives both change and fall surrendered to the beauty of the other. Despite the love they have, their marriage does not materialize. After suffering an attack from the evil sorcerer Rothbart, Odette is kidnapped and turned into a swan, being able to return to her human form only at night. But how was that attack? An evil sorcerer turns a princess into a beautiful swan.

Upon learning of the tragedy, brave Derek will not hesitate to seek his love at all costs. This brave and handsome prince, about to marry her, faces the forces of evil to rescue the girl from his spell. In her fight she will be accompanied by a frog, a turtle and a tiny friar, but will she be able to recognize it in her animal form? Odette will also count on the help of Jean-Bob, a prince-like frog, Speedy, a turtle, and Puffin, a chatty bird. Together they must defeat the evil sorcerer, reclaim the kingdom, and prove that love is more powerful than any hex.

Odette explains that the spell can only be broken with a vow of eternal love. Derek invites Odette to her mother’s dance the following night, with the goal of declaring to the world his love for her. As soon as the prince leaves, Rothbart arrives. The wizard has overheard the entire conversation and imprisons Odette like a swan in the castle dungeon, along with Bromley whom he had met in the woods. Furthermore, Rothbart reminds the princess that there is a new moon on the night of the ball, and therefore Odette will remain a swan. We take you by the hand in this story!